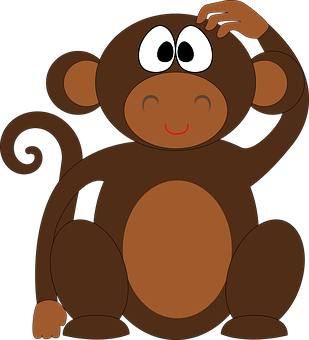 I ran across this list the other day and checked it out to see if I was guilty of any. What do you think? Are you guilty?

Have fun reading it!

There you have it. Now, ‘fess up! Are you guilty of any of these? 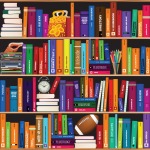 The best stories have protagonists the reader connects with, characters they care enough about to continue reading to see what happens. A good plot isn’t enough if your reader doesn’t care what happens to the characters you created. Here are some tips for creating protagonists.

The main character should be the hero of his or her story.

The story has to be about your protagonist: what he wants and can’t have, what she needs to overcome, the quest for meaning or greatness. Everybody sees themselves as the heroes of their own stories. That’s why we can relate to the hero of the story we’re reading.

Another reason not to have perfect characters is that people are turned off by those who are too perfect. They can’t relate to them. Give your character a weakness. Even Superman had kryptonite to keep him humble.

In my Christmas novella, A Christmas Promise, Anna Brunner is the perfect wife, mother, and missionary, but even she has a flaw. She is so fearful and worried that something might happen to her family that her husband skirts the truth to protect her, and her children feel smothered by her. If I’d written the story without that flaw, Anna would have come across as boring and holier than thou.

The main character should grow and change. This is called a character arc. In real life, conflict causes people to make changes in their lives. The same should be true of your story.

The hero of your story is faced with conflict. This will cause him to change and grow as he works through the conflict toward a resolution. The change will sometimes help him overcome flaws and become a better person, but he could also become bitter, angry, or vindictive.

Both occurrences can happen in the same story. He might react the wrong way at first and become bitter, then come to accept the situation and grow into a better person. The change might happen gradually or it could be dramatic and instantaneous. But there should be change.

I use this technique in my novella, Soldier’s Heart. Noah is home from the Civil War with PTSD. He’s a good man, but the reader never knows for sure if his PTSD will cause him to act in the wrong way despite his good intentions.

Your protagonist doesn’t have to be likable, but she has to have a redeeming quality.

There is room in fiction for the anti-hero, the interesting character who might not be likable and who goes against societal mores. These kind of protagonist can work if they are the heroes of their own story.

The main character could have a strong loyalty to family. He might regularly save people’s lives. She could have a soft spot for children. He might have sacrificed something for a friend. Even if your protagonist is disagreeable, manipulative, immoral, or greedy, this redeeming quality will be the one thing to keep your reader on the protagonist’s side. Even Scrooge had a good eye for business.

One example of this is Reddington on the television series, Blacklist. Reddington is a real bad guy. He kills people and has betrayed his country. He’s sold arms to small countries and is on the FBI’s most wanted list for a good reason. But he’s not completely despicable. He’s a charming man who will do anything for the people he cares about. One of those people is FBI agent Elizabeth Keen. Another is his assistant who he rescued from a slave trader. He is willing to sacrifice everything, including his life, for these people.

Whatever that redeeming quality is, it has to be something the character does. Don’t make the mistake of giving your character a bad childhood or a horrific event in life to make him likable unless you show him doing something good despite his terrible background. Everybody has gone through tough times. The reader will tire of the author making excuses for the character because of what happened in the past.

Every fiction writer can benefit from a critique of his or her work. But too many critiques, critiques done too early, and taking advice from the wrong people make a critique your worst nightmare. These are the best ways to benefit from critiques.

Don’t get a critique too early. Finish your first draft before you even consider getting a critique. In fact, you should edit and polish your story the best you can before you ever show it to someone else. There are some reasons for this. In the first draft, you are working out the story on paper. You don’t need someone telling you they don’t believe your characterizations or where your plot is going. You work those out in the first draft as you discover your story. The novel evolves as you write it, and if you share it too soon, it will no longer become the story you have because other people’s opinions will affect the way the story evolves.

Edit your own first draft. After you finish your first draft, put it in a drawer and ignore it for at least a couple of weeks. This will help your objectivity and make it easier to edit. Now you do your own editing. You’ll learn your craft by laboring over your first and second drafts working them to become great. Do the hard work. Don’t expect others to do it for you.

Be careful whom you have critique. After you’re sure you’ve edited and rewritten the best you can, go ahead and show the story to a few people who love the genre of fiction you write. You’ll want different people in the mix. If you know a grammar expert, definitely recruit that person as one of your best resources. Also, find a couple of people who love to read but don’t necessarily write to point out where characters or plots seem unbelievable or where the reader loses interest. Last, find a couple of writers well versed in the craft who understand your voice and style of writing. Many times finding a good group of critiquers is trial and error. Keep working at it until you find the team that helps you the most.

Don’t Get Discouraged. When you get your critiques, don’t be discouraged by varying opinions. Remember they are opinions. Also, after you read a critique, don’t change anything right away. Let the critique set a day or two to digest the information and help you look at it in a fresh way.

Plan how you use critiques. Correct punctuation, spelling and grammar errors, and any writing errors such as adverbs, POV problems, and repeated words. Now you’re ready for the other comments – things such as holes in the plot, character problems, and pacing. Don’t make these changes right away. Stew on them for a while. Consider which opinions you want to use. If more than one person points out something, give that opinion more weight. But remember, it’s your story.

Don’t get too many critiques. I’d say more than ten is excessive. You probably don’t even want that many. If you have too many opinions about your work, you might be tempted to second-guess yourself. It’s your story. Always remember that.

There are as many ways to plan out a novel as there are writers. Each writer goes about it a different way. There are those who have a story board and outline every single event, and have character charts and motivation/goal lists for every character. Then there are those who just start writing not even stopping to research. Whatever facts they need, they look up later. These are the true Seat of the Pants Writers. Most of us fit somewhere in between.

Many times, those who call themselves Seat of the Pants Writers benefit from some planning, maybe not the plot, but something. Listed below are some methods you can use to plan your novel.

Snowflake Method: The Snowflake Method is a method developed by Randy Ingermanson found at this link. Basically you plan a little more thoroughly each time you go through the planning stage until you have a full novel.

Summary Outline: Some people like to write a brief summary of their outline and characters before they get started. This link  shows a summary outline from Writer’s Digest.

Storyboard: Storyboard is the method of writing a summary of scenes on index cards, post-it note, Microsoft OneNote, or an Excel table (Click here to learn how to make a storyboard using Excel.) Here’s a link that gives a description on how to use Storyboarding. Even if you don’t use this method to plan your novel, it’s a good idea to storyboard your novel during the editing phase to keep track of scenes, subplots, and point of view.

Plotting Your Novel: Many like to plot their novel before they begin writing. Here are some links to methods for doing that.

6 Steps to the Perfect Plot

How to Create a Plot in 8 Easy Steps

Research: Some writers find inspiration in researching a time period, setting, career, or some other facet of their novels. Click here to find out how to organize your internet research on Microsoft OneNote.

Editing: Some writers begin writing, but as they write, the story is revealed to them in pieces. Many times, they’ll get stuck and will have to go back a edit or rewrite what they already have to see where to go from that point.

I tend to fall closer to the Seat of the Pants method, but I still use a combination of getting to know my characters, research, and editing when I’m starting a new novel.

The best way to know what works for you is to experiment. If outlining stifles your creativity, don’t do it. But plan to do a lot of editing after the novel is finished. If not planning everything ahead of time causes writer’s block, then by all means, plan until your heart’s content. There’s no right way or wrong way. Do what works best for you.