True Nobility
by Lori Bates Wright
The first in The Saberton Legacy Series featuring Nicholas Saberton, the eldest of the Saberton Brothers.
American Naval Captain, Nicholas Saberton, is commissioned to escort Victoria Haverwood, the daughter of an English Earl, from the shores of England to lively Savannah, Georgia. Deep in the antebellum south, our heiress soon learns that Americans have their own social order, along with their own set of social rules—often with hilarious results.
Before long, the earl’s secret past catches up with them and Victoria is thrown into the fight of her life. Only her trust in Nicholas gives her strength to sift through the deception —to discover what’s truly in her heart.
Lori Bates Wright is a child of the Southwest. Raised in New Mexico, she now calls Texas home with her husband of 34 years. She has two wonderful grown kids and four adorable grandboys who leap tall buildings in a single bound! As an author of historical romance, her sincere hope is that her stories convey all the charm, wit, wisdom, and romance of the past to captivate a whole new generation.
Join Lori at the Christian Fiction Lovers American HIstoricals FB Party on Monday, January 28 at this link. 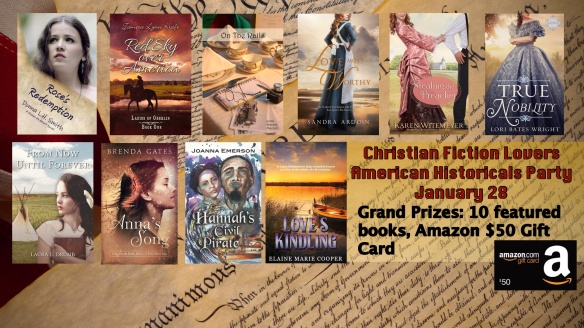