While many think of Ohio, they think of a Midwestern state that decides presidential elections. Some go on the mention Ohio’s contributions throughout history. More US presidents, inventers, and astronauts came for Ohio than any other state. All of that is true, but what many people don’t know about is Ohio’s rich spiritual history.

Ohio was a part of the First Great Awakening. Ohio’s first white settlement was in the 1770s by the Moravians. A band of Moravians moved to Schoenbrunn to become missionaries to the Lenape Indians. The Moravians started the First Great Awakening with a hundred year, round-the-clock, prayer meeting that launched the modern missionary movement. Moravian leaders were also responsible for the salvation of the Wesley Brothers.

The great camp meeting revivals of first decade of the 1800s swept through Ohio as well as Kentucky and West Virginia. Revival broke out in Cane Ridge, Kentucky in 1801. It soon spread. In June, 1801, a large camp meeting was held at Eagle Creek in Ohio. Before 1804, revival had broken out in the following Ohio cities: Turtle Creek, Eagle Creek, Springdale, Orangedale, Clear Creek, Beaver Creek and Salem. The people at these revivals reported many strange spiritual manifestations such as falling out, jerking, and laughing.

Ohio played a major role in the Second Great Awakening. In the 1830s, two Presbyterian ministers started Oberlin College in Oberlin, Ohio. From the start, this college was the first college to accept women and blacks as students and allowed them to earn regular college degrees. A few years later, Charles Finney, Second Great Awakening preacher, became the president of Oberlin College. There he started a church that became the largest congregation at the time, draw 6,000 to 8,000 members. Before the Civil War, Oberlin became known for its abolitionist activities, and during the Oberlin-Wellington Rescue when students rescued a fugitive slave, the college was almost responsible for Ohio separating from the US over slavery.

The Second Great Awakening spurred on various social movement in the last half of the 1800s, and Ohio was a part of all of them. Ohio was a state that was prominent in the Christian feminist movement of the 1800s. Frances Dana Gage organized Women’s Suffrage Conventions all over Ohio in the 1850s. Ohio had strong ties to the abolitionist movement as well. Lucy Stone and Harriet Beecher Stowe, both Ohioans, were strong abolitionists. Sojourner Truth gave her famous ‘Ain’t I a Woman’ speech in Ohio. At a Woman’s Rights convention in Massillon, Ohio. People in Ohio also fought for prohibition. The Ohio Women’s Temperance Society, organized in 1853, was one of the first temperance organizations.

The Azuza Street Pentecostal revival in Los Angeles in 1906 quickly moved to Ohio. Ivey Campbell, a native Ohioan had heard about the meetings and traveled to Los Angeles to attend She was soon baptized in the Holy Spirit. In November, she returned to Akron, Ohio to hold meetings there. Soon everyone heard of her meetings. Revival flourished, and a Pentecostal camp meeting was held in Alliance, Ohio.

There have also been some strange spiritual movements that were birthed in Ohio Mormonism in Kirtland, and they still have the first Mormon church there. Shakers arrived in Ohio in 1805 and established many communities there. The largest was Lebanon. 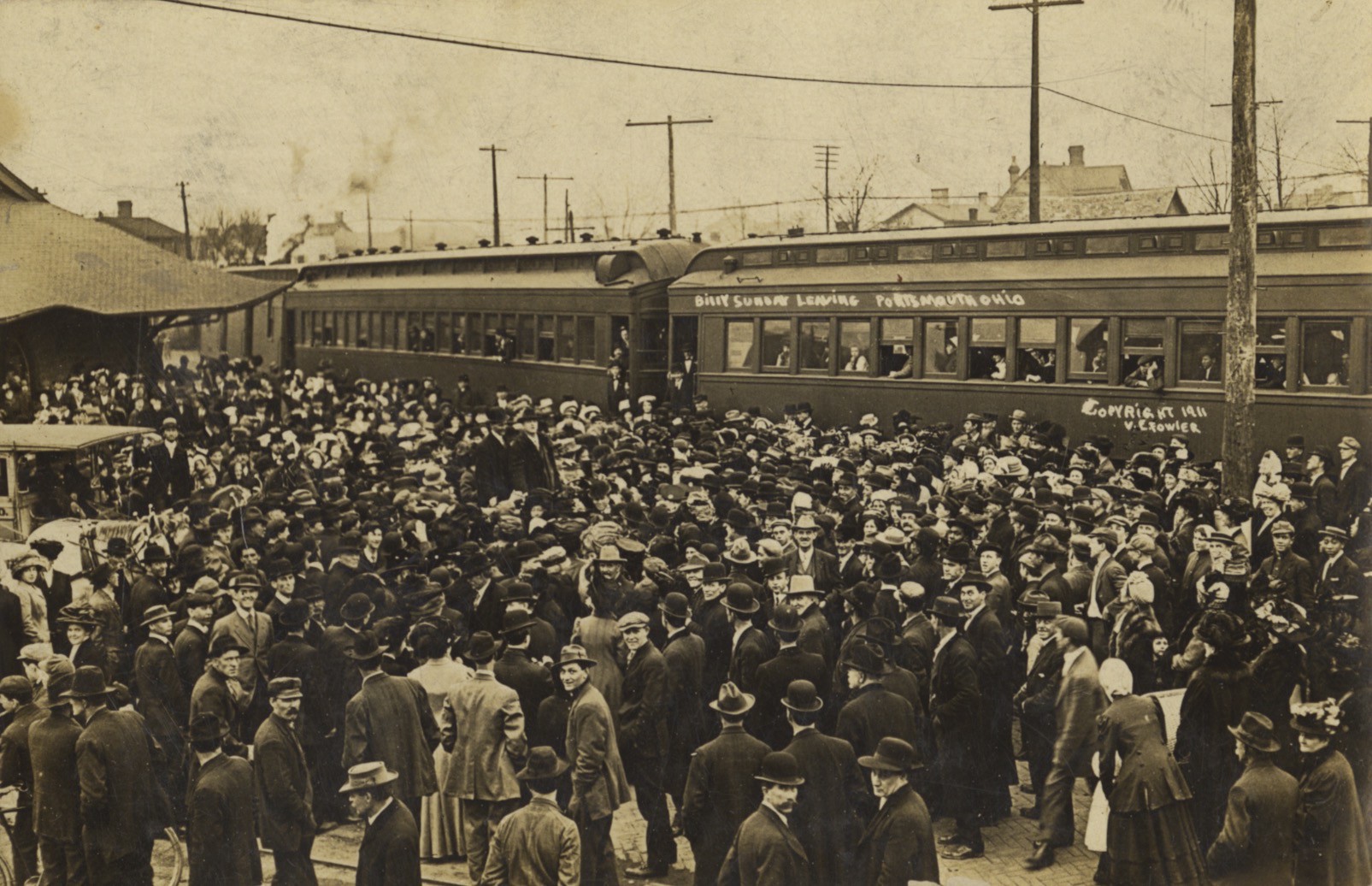 Through the 1900s, many famous revivalists and evangelists preached in Ohio including Billy Sunday, Kathryn Kuhlman, and Billy Graham. Large churches such as Rex Humbard’s Cathedral of Tomorrow were established in Ohio. During the Jesus Movement of the 1970s, revival broke out at Ravenna Assembly of God. Also the great theologian AW Tozar was raised in Akron, Ohio and is buried at a cemetery there. Ohio has a rich spiritual heritage. I don’t believe God is done with Ohio. The next Great Awakening might just come from this midwestern state.