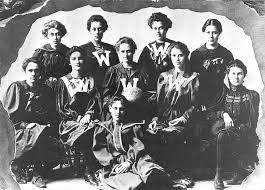 Oberlin College, founded in 1833 in Northern Ohio, was a college ahead of its time in many ways. In 1835, it became the first college in the United States to regularly admit African Americans. It’s also the oldest co-educational college in the US. In 1837, it admitted four women, three of whom graduated and earned a college degree. Mary Jane Patterson, another Obeberlin graduate, became the first African American woman in 1862 to earn a Bachelor of Arts college degree.

One of Oberlin’s founders once bragged that “Oberlin is peculiar in that which is good”. Oberlin was peculiar in many ways in advancing the causes of the time. Charles Finney, the second president of the college, helped it earn it’s controversial reputation. He was the founder of the Second Great Awakening, a Christian revivalist movement in the early and mid 1800s.

Oberlin College was the hotbed of abolitionist activity and a stop for the Underground Railroad before the Civil War. It was once called “the town that started the Civil War” because of its participation in the Oberlin Wellington Rescue in 1858. Slave catchers came to Oberlin to capture an escaped slave and return him to Kentucky. Most of the town came to the slave’s aid and rescued him. For their trouble, over twenty were arrested and put on trial for violating the Fugitive Slave Act. During the raid on Harper’s Ferry by John Brown, three men from Oberlin participated.

Oberlin College was also well known for the women who graduated from the college and participated in the suffrage and prohibition movements. My new novel Red Sky over America is about a college student there who is involved in the abolitionist movement. Lucy Stone, considered a pioneer for the women’s movement, graduated from Oberlin College in 1847.

Oberlin was also very well known in the missionary movement of the late 1800s. Between 1860 and 1900, 90% of missionaries sent overseas by the American Missionary Society were graduates of Oberlin College. Between 1899 and 1901, thirteen missionaries from Oberlin were martyred during the Boxer Rebellion of China. An arch in Tappan Square at the center of Oberlin pays honor to their sacrifices.

In 1857, America, the daughter of a slave owner, is an abolitionist and a student at Oberlin College, a school known for its radical ideas. America goes home to Kentucky during school break to confront her father about freeing his slaves.

America’s classmate, William, goes to Kentucky to preach abolition to churches that condone slavery. America and William find themselves in the center of the approaching storm sweeping the nation and may not make it home to Ohio or live through the struggle.