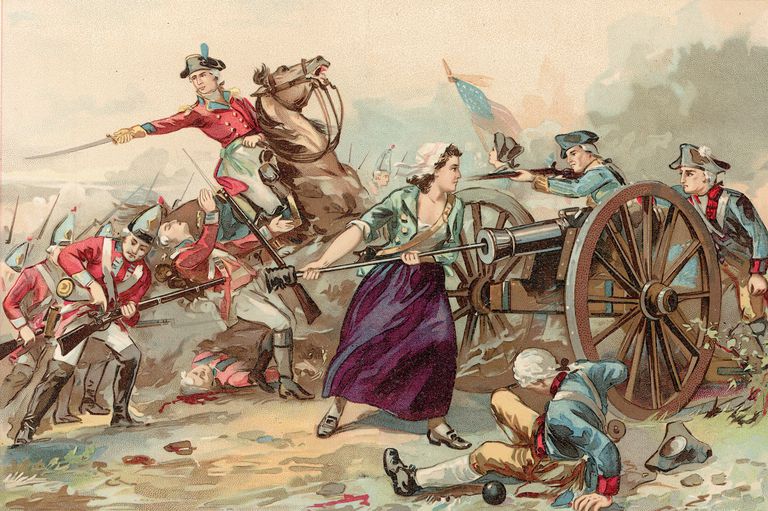 There were many well known heroes during the Revolutionary War, but there were many more lesser known or unknown heroes. One heroine has virtually disappeared from the history books, but her heroism was celebrated in early American history. She was known as Molly Pitcher.

Molly Pitcher was born as Mary Ludwig in 1754 near Trenton, New Jersey. Although some suggest Molly was a legend or a composite of many women, Mary Ludwig was a real woman and did at least some of the things suggested.

Mary moved to Carlisle, Pennsylvania in 1768 where she met William Hays, the local barber. A year later, they married. During the American Revolution, Hays volunteered in the Continental Army and became a gunner. As was common during this time, Mary would follow her husband in battle to help where needed.

On June 28th, 1778, Hays fought in the Monmouth in New Jersey during a extremely hot day. Mary followed him into battle and carried buckets of cold water onto the field to give the soldier cool drinks. This is when the soldiers nicknamed her Molly Pitcher. While on the field, Molly saw her husband collapse at his cannon. She immediately took his place at the cannon and manned the weapon until the Patriots won the battle. One witness said a cannon shot passed between her legs carrying away the lower part of her petticoat, but she was not injured during the battle.

Because of her actions, Molly Pitcher became a legendary figure representing women who helped during the war. After the war, Molly moved back to Carlisle, and after her husband’s death, she married another veteran. She was honored for her wartime service in 1822 when a statue was erected in her honor and she was given a pension or $40 a year for the rest of her life. She died ten years later in 1832.