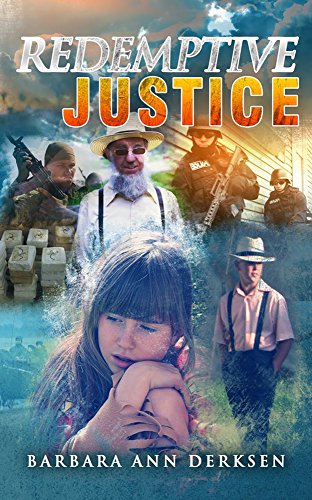 What happens when truth is perverted to suit the circumstances?

Christine Smith, owner of Finders Keepers Investigative Services, and Jeremy Goodman, owner of Goodman Investigations, discover the answer when they decide to help a woman recover her children from a Mennonite village in Mexico.

Drug running and human trafficking are justified by Church Elders who place money and control above the people they are supposed to lead. Christine’s new faith explores the contradictions in the search for Redemptive Justice.

Once again, Derksen delivers a believeable and entrancing novel with diligent detectives, Jeremy Goodman and Christine Smith. I especially like intense books with hard current topics written within, and Derksen brings it out beautifully!

And who’s heart doesn’t break at the plight of the little girl, despised and abused, with seemingly no hope? It makes you want to pull her from that despicable place and hugged her so tightly she’ll never feel pain or unloved again.

Then you have the detectives. I love the comradeship between them, their personalities and the way they work together. They bring life to the stories and draw readers into the setting.

But drug running and human trafficing are just two of the evils Jeremy and Christine must face as they work to save the children of one woman. Set in Old Mexico, the two friends and detectives face prejudices and danger as they labor together to save the day yet another time.

You won’t want to miss reading this newest book from Derksen. Written with a particularly sound ability to create realistic dialog and convincing scenes, you’ll find yourself using the midnight oil to finish this novel. Heartily recommended! 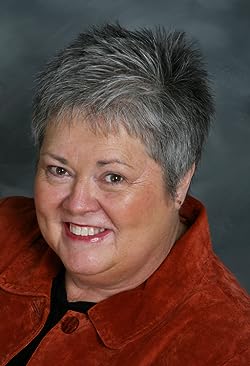 Seeking to encourage, inspire, and invite, Barbara Ann Derksen writes about Kingdom living characters who live in a not-so Kingdom world. She has been scrambling letters into enjoyable fiction and non-fiction for over 20 years and a published writer since 2003. Her readers share how the books are hard to put down, keep them up at night reading long after lights out, and spur them on to a closer walk with their Lord.

Her favorite genre is mystery so, to thrill her readers, she composes a new one every year.

She has just completed the four book series, The Wilton Strait Mystery Series, now available through her website, on Amazon in Canada, Europe, and the US, and through Amazon’s Kindle store as e-books as well as Smashwords for e-book readers other than Kindle.

are a series that provides hours of entertainment, food for thought, and keep her readers wanting more.

The first book in the Finders Keepers Series:

Barbara has also penned a devotional series with six books, 4 children’s stories and two other non-fiction books. Dance With a Broom and Second to None.

Barbara Ann Derksen has written 19 books, mystery, children’s and devotions. She and her husband, Henry, have been married for 46 years, have four children, and eleven grandchildren. Henry is a singer/songwriter with 8 CDs to his name, working on his 9th.

Connect with her here: