Novellas are basically stories that are too short to be considered a novel and too long to be under the short story category. They are fiction between 15,000 and 40,000 words. Novellas have gained popularity with the emergence of e-books because they cost very little to publish. Also an e-book novella can cost the reader as little as 99 cents. Many publishers and authors have created anthologies with a group of novellas around one topic, such as the Civil War, quilting, or Christmas on the frontier.

Although there are no hard fast rules in writing, here are four tips to remember about writing novellas:

One Plot: Novellas generally only have one plot. They are too short to develop subplots effectively.

One Topic: Keep the main thing the main thing. You want to limit yourself to a brief span of time and one problem your character needs to overcoming. One major focus will make your novella stronger.

Write Tight: Novellas are shorter than novels. They require you to get to the point as quickly as possible. This isn’t the genre to use long flowing writing or descriptions. Novellas require tight writing.

Here are three novellas I’ve written that are currently in print:

She thought he was her knight in shining armor, but will a marriage of convenience prove her wrong?

After Vivian’s fiancé dies in the Great War, she thinks her life is over. But Henry, her fiancé’s best friend, comes to the rescue offering a marriage of convenience. He claims he promised his friend he would take care of her. She grows to love him, but she knows it will never work because he never shows any love for her.

Henry adores Vivian and has pledged to take care of her, but he won’t risk their friendship by letting her know. She’s still in love with the man who died in the Great War. He won’t risk heartache by revealing his true emotions. 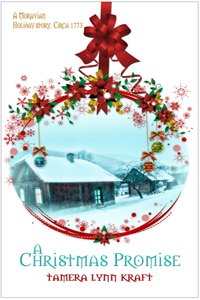 During colonial times, John and Anna settle in an Ohio village to become Moravian missionaries to the Lenape. When John is called away two days before Christmas to help at another settlement, he promises he’ll be back by Christmas Day. When he doesn’t show up, Anna works hard to not fear the worst while she provides her children with a traditional Moravian Christmas. Through it all, she discovers a Christmas promise that will give her the peace she craves.