Cary Grant is one of my favorite actors of all times. Here’s my top 10 Cary Grant Movies.

This is an early Cary Grant movie that many don’t know about. It’s a touching story. But be warned. You’ll need plenty of tissues. It’s a real tear jerker.

Not my favorite Alfred Hitchcock movie, but still well worth seeing.

You can’t go wrong when you put Alfred Hitchcock, Grace Kelly, and Cary Grant together.

7. That Touch of Mink

This classic Doris Day movie is even better because Cary Grant is in it.

Sparks fly when a man pretends to be married so his girlfriend won’t expect him to marry her.

The funniest Cary Grant movie ever made.

Grant plays a professor who often does the unexpected especially when he marries a college student who is pregnant by her boyfriend who died in combat. This movie is funny and touching but also shows the hypocrisy in some societal conventions.

Another Alfred Hitchcock thriller that will keep you on the edge of your seat.

This is Cary Grant’s first Alfred Hitchcock movie, and it kept me on the edge of my seat the entire movie. 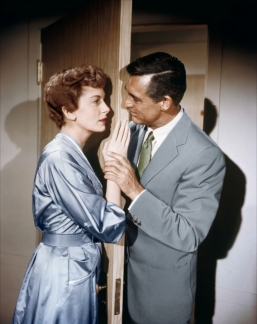 1. An Affair To Remember

This is the best movie Cary Grant ever made. The way Cary Grant and Deborah Kerr played off each other was brilliant. There were two other versions of this story made with other actors, but they aren’t even in the ballpark with this one. It’s one of my top three romance movies as well.